10 Popular Books You Can Finish On A Round Trip Flight

Going on a vacay!? Check out these top 10 books you can finish on a round trip flight. All are best sellers and top ranked on Amazon annnnnd are all under $10!

First published in 1993, The Virgin Suicides announced the arrival of a major new American novelist. In a quiet suburb of Detroit, the five Lisbon sisters–beautiful, eccentric, and obsessively watched by the neighborhood boys–commit suicide one by one over the course of a single year. As the boys observe them from afar, transfixed, they piece together the mystery of the family’s fatal melancholy, in this hypnotic and unforgettable novel of adolescent love, disquiet, and death.

Set in Los Angeles in the early 1980’s, this coolly mesmerizing novel is a raw, powerful portrait of a lost generation who have experienced sex, drugs, and disaffection at too early an age, in a world shaped by casual nihilism, passivity, and too much money a place devoid of feeling or hope.

The Great Gatsby, F. Scott Fitzgerald’s third book, stands as the supreme achievement of his career. This exemplary novel of the Jazz Age has been acclaimed by generations of readers. The story of the fabulously wealthy Jay Gatsby and his love for the beautiful Daisy Buchanan, of lavish parties on Long Island at a time when The New York Times noted “gin was the national drink and sex the national obsession,” it is an exquisitely crafted tale of America in the 1920s.

In this seductive, wistful masterpiece, Truman Capote created a woman whose name has entered the American idiom and whose style is a part of the literary landscape. Holly Golightly knows that nothing bad can ever happen to you at Tiffany’s; her poignancy, wit, and naïveté continue to charm.

The only graphic novel version of The Hobbit is back in print! In full color and now packaged, this Charles Dixon and Sean Deming adaptation of Tolkien’s classic won plaudits from even purists for its majestic and evocative paintings and its crisply presented action.

The Meaning Of Life

The Meaning Of Life describes a new way of seeing the world and all things in the universe through a new definition of order. An understanding of this kind of order provides us with answers to questions that have perplexed human thought for thousands of years. What is the meaning of life? Why do we do the things we do? How does one achieve wisdom? Do we possess free will?

He’s Just Not That Into You

Now in bite-size mantras, the abridged empathetic wit and wisdom of the number one New York Times bestseller He’s Just Not That Into You will recharge and inspire your dating outlook one wake-up call at a time. For ages women have come together over coffee, cocktails, or late-night phone chats to analyze the puzzling behavior of men. Greg Behrendt and Liz Tuccillo are here to say that despite good intentions, you’re wasting your time.

The Girl on the Train

With her debut novel, The Girl on the Train, Paula Hawkins begins, though, from the place where the dependable reality of the twenty-first-century morning train meets its inevitable counterpart: the commuter’s daydreams as she stares out of its windows, catching snapshots of the lives that scroll past. And in the person of Rachel Watson — yes, note that last name — those daydreams have a discomfitingly obsessive edge.

I come from a country that was created at midnight. When I almost died it was just after midday.”When the Taliban took control of the Swat Valley in Pakistan, one girl spoke out. Malala Yousafzai refused to be silenced and fought for her right to an education. On Tuesday, October 9, 2012, when she was fifteen, she almost paid the ultimate price. She was shot in the head at point-blank range while riding the bus home from school, and few expected her to survive.

When Margo Roth Spiegelman beckons Quentin Jacobsen in the middle of the night—dressed like a ninja and plotting an ingenious campaign of revenge—he follows her. Margo’s always planned extravagantly, and, until now, she’s always planned solo. After a lifetime of loving Margo from afar, things are finally looking up for Q . . . until day breaks and she has vanished. Always an enigma, Margo has now become a mystery. But there are clues. And they’re for Q. 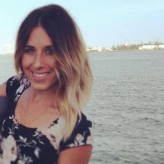